Built by eccentric philanthropist Joseph Williamson, a network of tunnels run under the city  of Liverpool. Their true purpose is widely disputed and remains a mystery to this day. These high vaulted features sit above cuts into the native sandstone beds below. But why build them? What were they for and do they have any potential impact on the stability of the housing sitting above them?

Who was Joseph Williamson?

Joseph Williamson was born in 1769 and raised by a poor family and eventually found work in Liverpool for  local tobacco merchant, Thomas Tate. He managed to make a name for himself, enabling him to retire at a good age, leaving with enough wealth to begin building up something of a property portfolio, focused primarily around the district of Edge Hill in the city.

Joseph lived on Mason Street, which according to our geological data and like many properties in this area, sits above beds of sandstone, which was used locally for building and construction materials. Being able to be carved and shaped made it a perfect material for the job. From this address, Williamson set about expanding his portfolio underground.

What are the Williamson Tunnels? 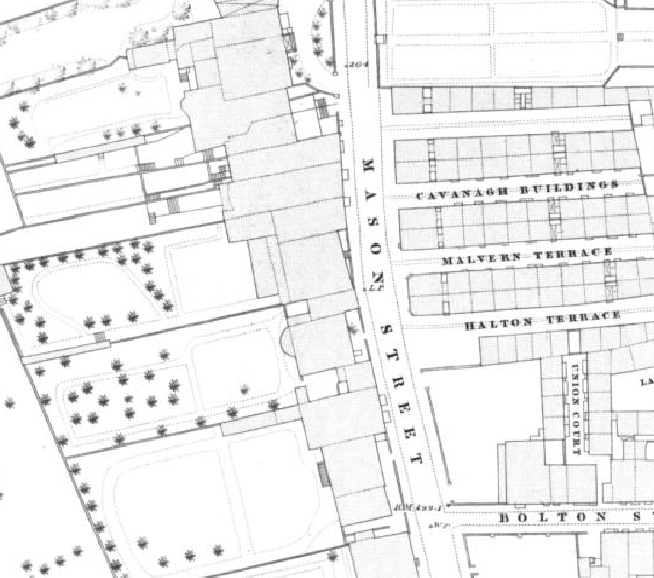 Figure 1 – historic map of the Mason Street area of Edge Hill, Liverpool from 1849 at 1:1560 scale. Note the absence of any indications of tunnels or access features.

The feature consists of a large subsurface network of tunnels and caverns excavated beneath an area of Edge Hill in Liverpool. Dug into the sandstone, some of these spaces boast staggeringly high vaulted ceilings, including the Banqueting Hall section, estimated to be about 64 ft long and 27 ft high.

Williamson employed hundreds of local people to dig these tunnels and took on the majority of the planning and design work himself. He employed local people; the majority of, at the beginning of his ventures at least, were unskilled labourers. The purpose of the works is very unclear, and in truth, the chance to find out the real reason these tunnels were constructed probably died with Joseph Williamson. It remains a topic ripe with speculation and controversy, with some suggesting it was simply an extension of the local quarrying, others smuggling, but without any concrete evidence, it is difficult to say whether these suggestions hold any weight.

One highly regarded theory is that the tunnels were the means by which Williamson gave support and employment to the local poorer community, something which he had been able to relate to from his earlier life – perhaps offering them a chance to make a living.

Do the Tunnels pose a Potential Ground Risk?

For those properties underlain by the recorded extent of the Williamson Tunnels or considered to lie within their potential zone of influence (ZOI – the area of ground at the surface that may be affected by subsidence should it occur), there is an element of risk.

When it comes to assessing this risk, the tunnels are considered as to their potential instability and the likelihood of such instability causing a potentially subsidence event both within the tunnels themselves and also at surface.

The fact that there is little evidence of the quality of construction adds to the risk factor, as antiquated subterranean features, mining or otherwise are often poorly documented and from experience, available sources do not always paint the clearest picture to their fullest extent. This means that when our mining consultants evaluate the potential risk to a property in this area, they have more to consider when reaching a conclusion.

Many properties in Edge Hill lie within an area of historic activity for the extraction of sandstone, largely due to the tunnels. When properties are directly underlain or considered to lie within the potential ZOI of the tunnels, we are able to assess and advise on the level of risk these excavations pose.

In the majority of these instances, a detailed survey or visual inspection by a qualified surveyor, looking for visible defects and signs of mining-related settlement or subsidence effects may be recommended to help better assess any potential ground movement. 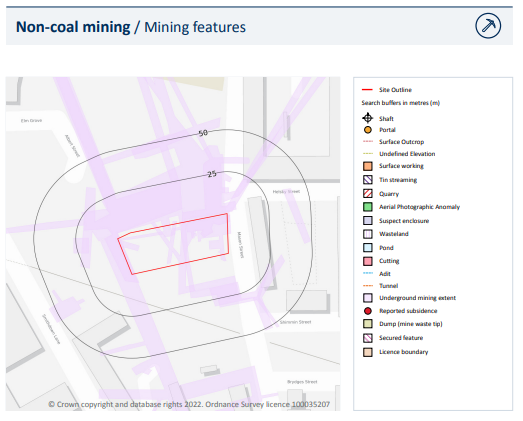 Figure 2 – extract from our Avista environmental report showing the layout and potential impact of the Williamson Tunnels on local land and property.

Understanding the risk – now and into the future

The Williamson Tunnels are one of literally millions of mining cavity features dotted across our country, paying testament to our long industrial history. The form part of a tapestry of features that emphasises that conveyancers should not just consider past coal mining when they think of a mining search. And these risks are accelerating as climate change gathers pace.

Our recent white paper revealed the extent of potential past mining activity for minerals other than coal across the country.

The above figure shows that more than 57,000 properties (or 16% of the total) of Liverpool’s property could be within areas at potential risk of subsidence from former non-coal mining activity.

Looking to the future, our forward climate analysis predicts an 800%+ increase in subsidence risk in the next 50 years. While conditions will vary locally, this will impact Liverpool not least because of the increased rainfall that the North West will receive.

It also underlines how important it is for conveyancers to ensure they access an environmental search that includes all forms of mining. Our Avista report combines all of the searches needed to satisfy practice notes for contaminated land and flood risk, but also includes a full CON29M as well as analysis nationwide on 60+ minerals, including chalk. This meets additional guidance not just for mining searches but also wider ground stability – all in one report.

The Mole Of Edge Hill: The World Of Williamson’s Tunnels